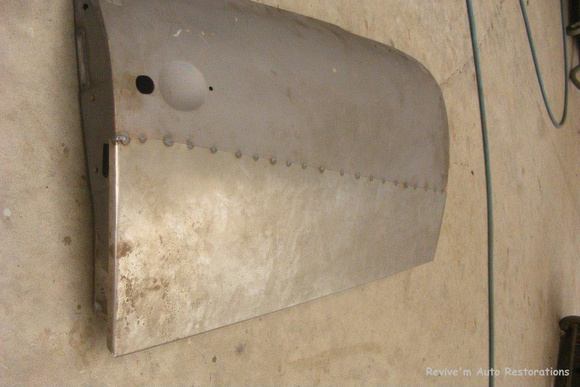 The car came to us in stripped down condition.

At some time in its life the car had a good hit in the front and a later front fitted. This was removed by the previous owner and a used A clip came with the car.

Media blasting revealed the usual amount of rust we would expect in the sills, rockers, closing panels.

As part of the restoration the car is being converted to right hand drive exactly as per factory.