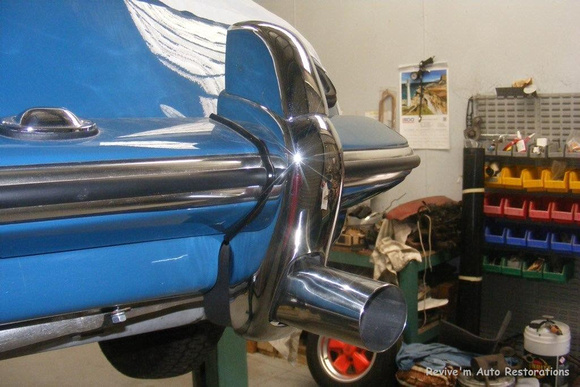 One of the few right hand drive 356 Porsches sold new in New Zealand a well-known, special and rare car.

Sometimes when we use our classic cars the worst can happen.

While partaking in the Tour associated with one of the Tarmac Rally’s  - not the competitive timed event things got a little out of control. Fortunately the occupants were ok - the car not so good.

Anything can be fixed, and due to the rarity of the vehicle the owner wished to rebuild.

A donor shell was procured from the US which had rust in the bottom and a hit in the front but this provided the roof and rear guards.

Not surprisingly the Auto Robot revealed a twist in what remained and things short on one side. Everything was returned to its correct place and the replacement parts fitted.

The car looked ok before the crash however a lot of questionable restoration was revealed so this was all rectified.

While not conclusive late in the restoration some evidence of a possible brake failure was found which would explain things – no recollection from the occupants.

Retaining the original colour, the car has been restored/repaired to a very high standard but not quite concours condition with as much as possible retained from the car prior to the crash.