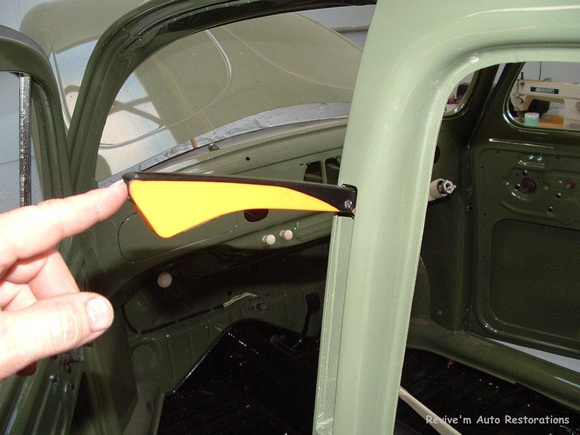 This car was assembled in Germany almost certainly included in the very first official shipment of VW’s to New Zealand in 1954. Built in Jan ’54 it is was for a long time the oldest known “Oval” back window beetle in New Zealand.

Local assembly started the following year and many unique features started to appear due to local content.

It has only had three prior owners and was purchased in Auckland from well known collector at the time Gavin Frost.

The car was completely unmolested apart from a re-spray of the outside in a pale yellow color. As would be expected it did have some rust in the usual spots. It still has the original floor pans and sills.

It is a matching numbers car still having the original motor and transmission that was installed in the factory.

Meticulously restored every last nut & bolt was removed in the restoration and every part is correct for the year. Many NOS parts were used and even all of the nuts and bolts used are period correct German brands.

The car is painted in its original L213 Island green, solid colour with an “off the gun” finish as per original. All other components such as tank interior trim are matched to the original colours.

Just under 1500 hours were spent on the restoration which included engine and gearbox rebuild.

Significant changes were occurring in the beetle evolution at the time this beetle was built. Only a few months before the split back window disappeared but prior to 1955 many items were the same as split window beetles, making restoration to original very difficult.